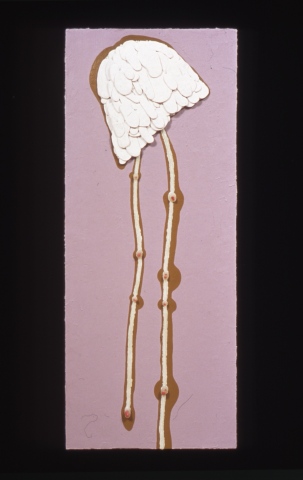 Bald Knob Cross is the highest point in the Shawnee National Park. It has a long history as a sacred place for people of all faiths. The story told to me by my lover, now deceased, is that it was built by a man in memory of his wife and two daughters, who died in an accident, and that visitors are able to climb into this 111 foot tall white architectural cross. Of recent, I learned that this myth is not accurate, but I prefer it to the truth. For me, Bald Knob Cross has been a spiritual place to share the sun setting on Southern Illinois. A cairn is a laid mound of stones used by Native Americans, and in many disconnected cultures across the globe, for thousands of years, with unknown origins. The stones are piled in balance as guides of paths through the woods, indicators of sacred ground, and especially in memorial to cover a grave. They are a living mythology, because their creation is dependent on their tradition being passed down through generations and dependent on the kindness of strangers who reconstruct fallen cairns as they happen upon them in the woods. If you have ever encountered one, they have a powerful symbolic presence, reaching deep into the origins of human visual heritage, such that, their meaning is spontaneously understood. The long forms which fall from the head or cup are paths, tributaries, life lines, with beats, pulses, orgasms, tumors and burial mounds. Inside of them are seeds, eggs, drops of blood, lost birth, scattered parts and spores. They are incubating, perhaps hibernating, perhaps never to be awoken, but still there. They cast a shadow, which is a fake shadow, which everyone and every thought has. It is the dark side of our imagination, which is necessary for myth to have collective meaning. The shadow vibrates and echoes into eternity, like a secret whispered into a cave which a child retrieves from a shell. Morels are rare and fragile wild mushrooms, which grow in Southern Illinois in the darkest shadows of the woods. They are a highly coveted delicacy. One must be a local skilled Woodsman (sic), and pathfinder in order to discover them. Once a bed of morels is found it is held with ultimate secrecy by its Woodsman and returned to with the truest monogamy year after year. Such a wily Woodsman might disappear into the woods for hours on end visiting his bed. A morel’s appearance is phallic; they have a yeasty smell and are covered with exotic oval orifices. Mushrooms are organisms of decay, born out of the death process. The morel is unique because of its dual nature: it is not as complex as other mushrooms which are primarily engaged in decay. It plays only a small role in this process, also behaving as a life producing yeast, as it is still evolving from a single-cell organism. Given the soil, morels are ever-present under the surface, waiting dormant for certain conditions to awaken. This painting is a crossing, an intersection or perhaps an accident scene where multiple symbols and mythologies encounter, again. A staged accident.